February 20, 2020
The 1930s was a golden era of apartment building. Fitted kitchens and bathrooms started to become normal, alongside the hi-tech luxuries of central heating and electric sockets.
In March 1935, Architectural Design and Construction (AD’s forerunner) published a reference section on “Bathrooms fit to sing in”. The author mocks the new-fangled kitchen appliances and asks “where ... is the automatic body washer?” One hears the clipped accent of the nascent BBC’s Queen’s English echo from the page: “It would be quite simple – just a matter of rotating brushes, scurrying flannels, and self-lathering soap” instilling a vision of a body-washing machine akin to a carwash sitting in the corner of the bathroom.
The market became flooded with manufacturers offering sanitary ware of multiple uncoordinated sizes. The International Bath Association (I.B.A.) was set up and called for standardisation to address these pressing problems. It worked: “even such tremendous trifles as tap heads and shields have not been overlooked, for to-day, instead of a minutely printed ‘hot’ or ‘cold’ on a tap head troubling the shortsighted bather, coloured Bakelite quickly identifies the taps.”
Where a fitted bathroom wasn’t possible, space-saving gadgets were invented, culminating in Heath Robinson’s 1936 book “How to live in a flat”. One such gadget actually marketed by the I.B.A. in this issue of AD&C was the “five purpose bath”, which could be used “as a sitting bath for an adult or child, a wash basin for hand use or light laundry articles, a kitchen sink with draining board, a home laundry fully equipped with rubbing board and wringer, and a strong table for meals or kitchen use, ironing, pastry-making, etc.”
Since then, of course, mechanisation has taken control, our time has become more valuable than our space and we’re all spoiled by independent baths, dishwashers, washing machines, tumble dryers and dining tables. All we need now is that automatic body washer... 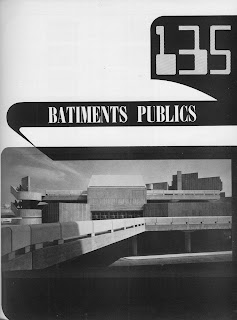 AA July 1968 40 years ago, the Hayward Gallery opened and completed the trilogy that is the South Bank Arts Centre. The reception was almost universally poor. The Guardian of 17th July stated that “architecturally it is an expression neither of use nor site, that it is made of a material that was, years ago, proved odious in our climate.” The AJ reviewed it on 10th July 1968, reporting that “it has that secretive and repelling character that one associates with top security research establishments”. The review goes downhill from there. In order to look good, Brutalism needs deeply contrasting, sun-drenched, hard-shadowed, well-composed, preferably black and white photography that depicts the concrete’s precise textural image of the formwork negative. The Hayward Gallery is a particularly striking example of this. It has almost no windows and is designed to control the internal light artificially to mimic an overcast sky. In other words, it demands sunshine on the outside and clou
Read more